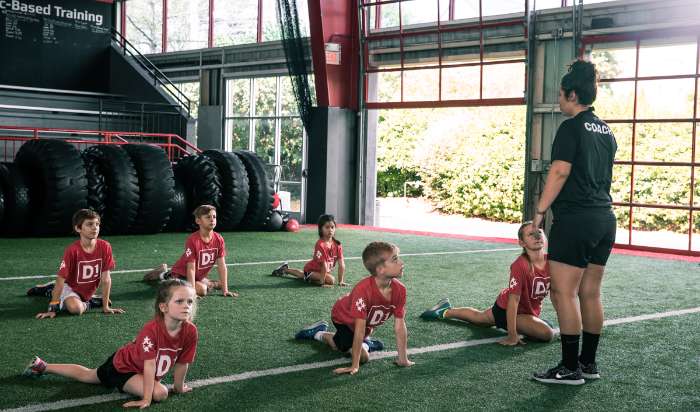 Why work out alone when you can bring the entire family along? D1 Training is proud to offer our family fitness program for ages 7 and up. For one low monthly fee, your family will receive customized training that will help them begin and continue to live a healthy lifestyle. At our fitness training facility, we break down our trainings based on age groups and create workouts that will have Mom, Dad, and the kids sweating toward a healthier future.

These workouts consist of exercises that improve: 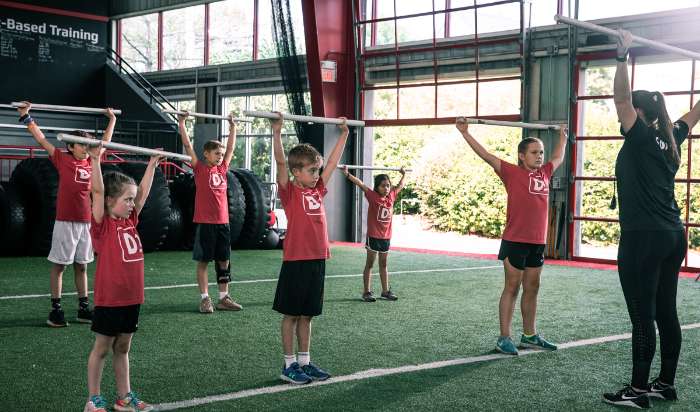 Our D1 family training is more than just a workout. It’s an opportunity to bond with your family, spend some quality time together, and build character in children by introducing them to health, fitness, and discipline. They’ll learn the value of a strong work ethic and gain confidence in the process.

Our family training also allows you to:

We were named a Top 30 Gym by Men’s Health magazine. Come discover what we can do for you and your family. We work hard, push one another, and have fun throughout the entire process. Treat your family to a rewarding experience that offers results that last a lifetime.

By registering for this program, you agree to receive automated text messages from "D1 Training Colleyville".
Opt-in not required for purchase. Standard data rates apply.

First playing with Peyton Manning at the University of Tennessee and then as a National Champion and captain, Will Bartholomew suffered what would become an NFL career-ending injury during a non-contact drill with the Denver Broncos. He came home to rehab with aspirations of making it back to the league but had no place to truly train. No place that would allow him to recover and optimize his performance.

At that time, most places were akin to a traditional box gym that had no appetite for training at the level of an elite athlete, let alone any type of guided group workout opportunities. That’s when he realized there was no place to train as he did at a Division 1 school, with the best coaches, equipment, workout programs, and community.

It was with this simple realization that he started the D1 journey. What began in 2001 as training kids in a field evolved into training facilities all over the country, producing some of the best athletes in the world. The basis for this success is Will’s passion for training, his motivation, and the strong team around him.